Those who go to the pawnshop "Taobao" will inevitably be attracted by a variety of jewels and jade. How to appreciate and purchase these treasures is also a test of the basics. Then, what kind of jewellery and jade categories are suitable for collecting investment in the pawnshop, and what kind of Taobao secrets are there? For this reason, China Cultural Relics Network specially interviewed Xu Botao, the gold medal pawn of Baolitong Pawnshop's Civil Affairs Management Center, and asked him to tell us about the skills and precautions of jewellery and jade in the pawnshop. 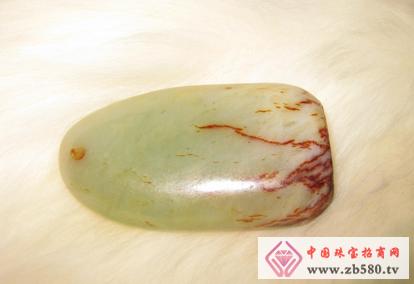 Jade is the most sought-after color treasure has potential

Which jewellery and jade varieties are worth buying? For this question, Xu Botao's answer to the current sales situation of the pawnshop is that the most popular items in the pawnshop are the jadeite, followed by white jade, and then the colored gemstones. To say that the most potential for appreciation, Xu Potao believes that it is a colored gem.

"Colored gems are divided into many kinds. Among them, the known tourmaline and Nanhong, the current market is very hot, and the price has risen to a higher position." Xu Potao introduced, "like emeralds, rubies, sapphires." Colored gems, such as olivine and tanzanite, which have been recognized internationally, are still relatively limited in the domestic level at this stage. All relative appreciation potentials will be greater in the future. I suggest you can Pay more attention to it."

Although jade is the most sought-after, how to choose jade is also a question from the university. So what issues do you need to pay attention to when choosing jade in the pawnshop? In this regard, Xu Potao said that the price of the jade sold in the pawnshop is still very affordable. "For example, we have a moderately sized, relatively green pendant, and its price may be less than 10,000 yuan. From the price point, it has been clearly told to consumers that it has low and low reasons, and high and high."

So, what is the reason and reason? According to Xu Potao, if the price of a green jade is relatively low, it is probably because it has some defects, and these defects are usually relatively hidden. "These places are not noticed if they are not carefully looked at, but our professionals will notice when they inspect the goods, so they will lower the price, and the things in the pawnshop are second-hand goods, they are not refundable. Do not change, so everyone must be in the light-filled place, turn the emerald 360 degrees to look carefully, and then decide whether to buy." However, Xu Potao also pointed out that even a jade jewelry has some small Oh, as long as the material is good and the craft is made properly, it still has a certain collection value.

Taocaibao should try to see from a macro perspective

Colored gemstones are currently the most valuable gemstones, and what are the flaws in the purchase of colored gemstones in pawn shops? In this regard, Xu Potao pointed out that there are many consumers who are more demanding on the choice of colored gemstones. "But from the perspective of our professionals, there are sometimes some colored gems with larger particles, which may have black enamel on it. Point, we call it an inclusion. And we suggest that you donâ€™t just rely on such a small flaw to let go of the colorful treasures that are worth starting.â€ The reason is that Xu Potao said that when choosing jadeite, Try to look at it from the micro level, don't look at it from a macro perspective. The choice of colored gems is just the opposite. Try to look at the macro from the top, not from the micro.

In addition, Xu Botao also emphasized that some seemingly innocent colorful treasures are likely to be optimized. "According to international practice, color jewelry is generally used as a normal means of optimization. Of course, optimization is optimization, processing is processing. Processing is to dye it, it is a fake; and optimization is to directly purify it, is a The allowed process. However, despite this, the optimized color treasure and the pure natural color treasure are still different in price, so we must pay attention to this."